Is the Decline of Scouting a Mission Opportunity for Us?

There has been a cumulative effect of all these moves. Between 2013 (when openly gay Scouts were first allowed) and 2016, membership in the Boy Scouts fell ten percent. They May 2018 announcement that scouting would not be co-ed was the straw-that-broke-the-camel’s-back for the Mormon church. They have announced they are pulling their 185,000 Mormon members out of the Scouts.   If you read the prognostication many (including strong supporters of the Boy Scouts) have for the Scouts, it is not pretty. Many believe that families with more traditional values feel abandoned by the Boy Scouts and will move on. Considering that demographics studies indicate that couples that identify as “traditional” or “conservative” have children in higher numbers than couples who identify as “liberal” or “progressive,” the Scouts are facing something of an existential crisis.

Does this present an opportunity for our congregations?

In many of our WELS congregations, we have members who grew up in other Lutheran church bodies but left as their church slipped deeper into false doctrine. They were looking for something in line with their beliefs. They will tell you, “Really, I didn’t leave my church. My church left me.”

Likewise, many feel the Scouts has left behind what it once stood for. Many will be leaving the Scouts. Again, I wonder if this doesn’t create an opportunity. Could we fill the void?

Even before the Scouts adopted a progressive sexual agenda, WELS did not participate for other reasons articulated below. Instead, WELS started Lutheran Pioneers. However, the Pioneers has seen participation decline for quite some time now. Why is that? Anecdotally, it seems that kids are busy with other things: sports teams, involvement in community programs, Tae-kwon-do and music lessons, etc. Also, some parents may think Pioneers is about red neck-kerchiefs and learning to tie knots. But the Lutheran Pioneers of today is not identical to the Pioneers of my generation. I recently spoke to the national executive leaders for Boys Pioneers (Loren Lange) and Girl Pioneers (Christine Bohn). The Commission on Discipleship and the Lutheran Pioneers want to keep this dialogue going, also working with the Commission on Evangelism, to see if there are outreach possibilities for the Boy and the Girl Pioneers among our 1,275 congregations.

I believe there are. Consider some of the core activities of Lutheran Pioneers, listed on their website (lutheranpioneers.org):

Useful skills. An appreciation of nature. Service of community and country. That is exactly what parents of children in the Boy Scouts were hoping for their child. If we would provide that, it might fill a void.

Best of all… Where the Scouts presented a false, unionistic, “all-paths-to-God-are-equally-legitimate” approach to eternity, Lutheran Pioneers “proclaims the gospel of Jesus Christ.”

Below, you will find an article about the Scouting situation. You’ll also find a Bible study from WELS Conference of Presidents on the Scouts. It makes it clear why WELS continues to not participate in the Boy Scouts. But we have another option. One that has proven to be a blessing for generations.

Something to consider, my friends. If you have thoughts, please do not hesitate to contact me. 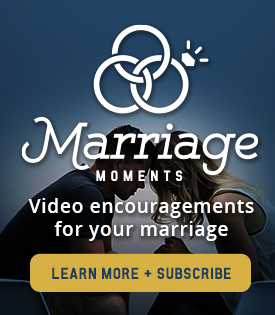 Devoted – Bible Study on Scouting and Fellowship
Scroll to top

Because these cookies are strictly necessary to deliver the website, refusing them will have impact how our site functions. You always can block or delete cookies by changing your browser settings and force blocking all cookies on this website. But this will always prompt you to accept/refuse cookies when revisiting our site.